Immediately after the 2013 Alexandra Truck Show, the show committee set about improving voice and data capabilities for the ten to twelve thousand visitors in attendance. The committee engaged several in the Telstra hierarchy and were assured assistance after a distinct lack of capability to make a phone call at the 2013 show.

In late 2013, we were introduced to Jim Rogers, Telstra Team Manager Seymour, Southern Region, who worked tirelessly to see that a project to improve mobile voice and data availability was raised – and delivered.

But, it wasn’t all that straightforward.

You see, there were hurdles to cross to improve the service, not the least being the lack of a 3-phase outlet in the Alexandra Exchange building. One hurdle crossed.. 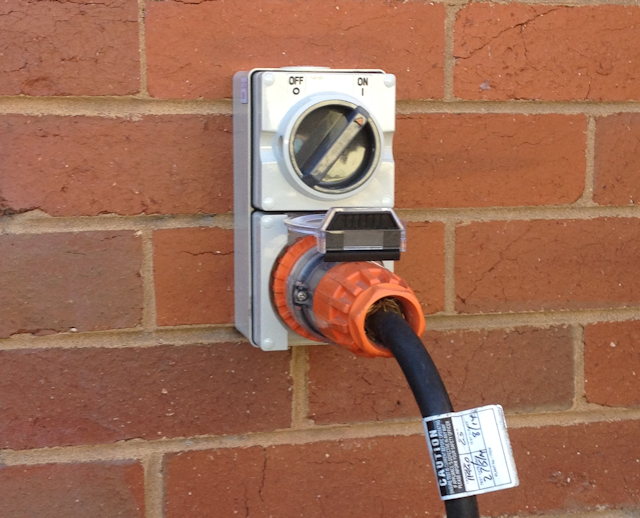 On Wednesday, 4 June, a mobile COW rolled into town, and her 12m antenna mast raised. 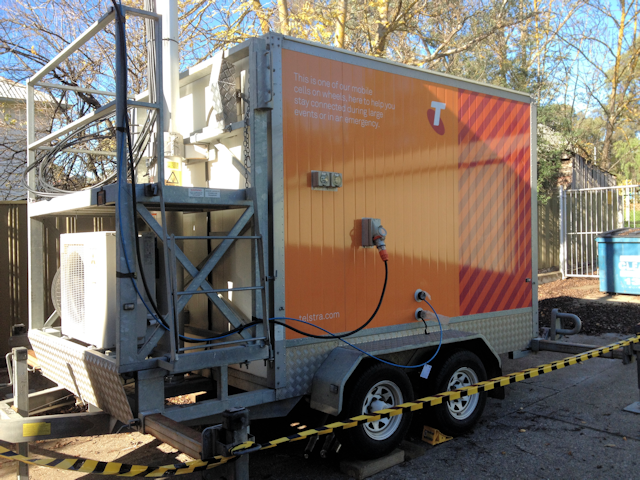 Clearly an exception on the parking rule was in order for this exceptional 3.5 tonne appliance. 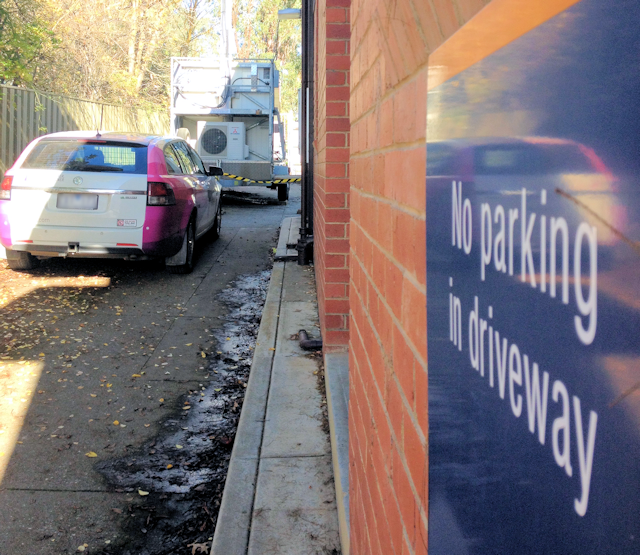 Then there was the huge task of coordinating data routing from Alexandra, via Seymour to the Melbourne data on-ramp in Exhibition St.

Note the two cables that enter the COW: Â The 3-phase power and the blue optic fibre data cable. 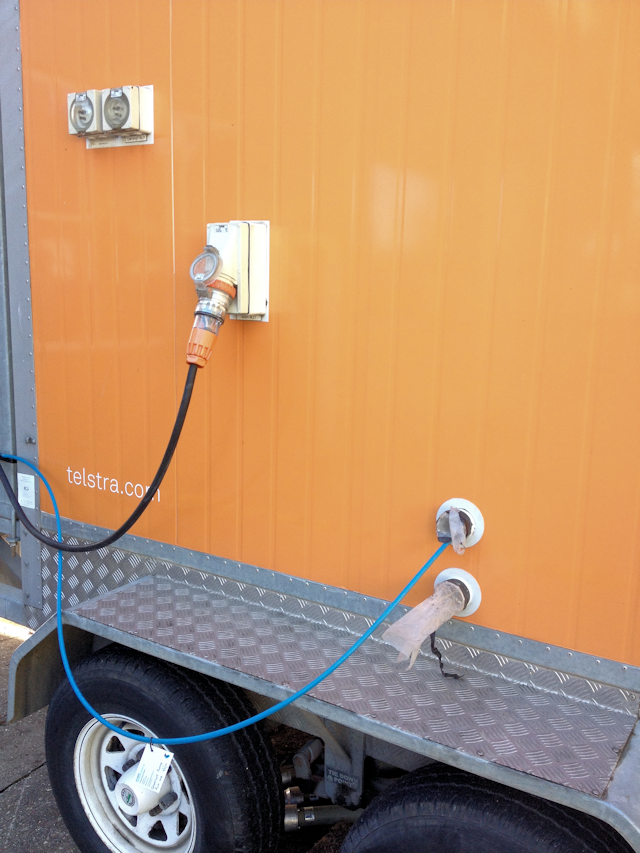 As opposed to a SatCOW (a literal Satellite Cell on Wheels) as was used nearby during the 2009 bushfire emergency, this appliance is connected directly by fibre. Within the exchange building the fibre is spliced into the terrestrial network. 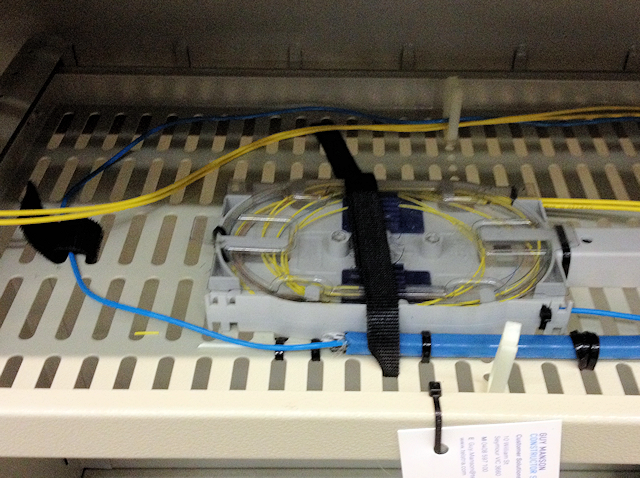 Fortunately for those of us who struggle with acronyms, there was no requirement for a MEOW (Mobile Exchange on Wheels).

Jim Rogers was instrumental in the provisioning of this important infrastructure and drew the attention of visiting Indi Member of Parliament, Cathy McGowan MHR, at the annual Alexandra Truck, Ute & Rod Show dinner on 7 June. One feels the Member for Indi may have other projects in mind for the industrious people of Alexandra.

Our sincere thanks to Jim Rogers for such a successful result.