The past years have been an extraordinary for Australian group Jetty Road. Winning their second Golden Guitar (CMAA) Award for Best Group or Duo in 2012 at the 40th Country Music Awards of Australia has established twin sisters, Lee & Paula Bowman and Julian Sammut as one of Australia’s hottest and brightest stars. 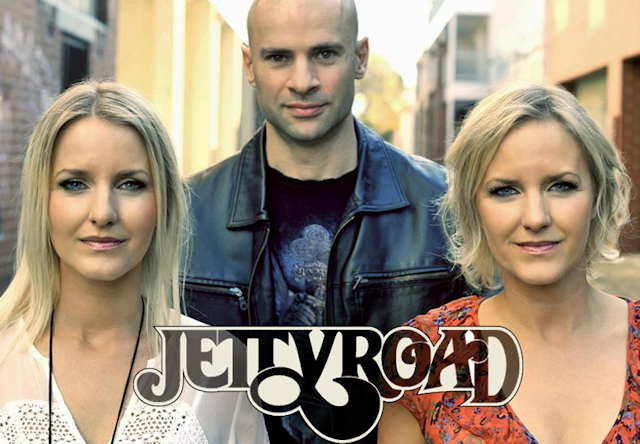 The release of their fourth album Far Away Places in May 2011 saw the band garner some serious attention from both fans and critics alike with a signing to On Ramp Records, one of Canada’s premiere record labels.

They met whilst studying at Music College in Melbourne, Australia, and after a few years began writing and recording, releasing their debut album Full Circle in 2005, the follow up album, Dirt Roads City Lights in 2007, their multi award winning album Life at a Million Miles in 2009 and most recently Far Away Places in 2011.